This is possibly the most work you could do when deciding to paint the valve cover fixing bolts.

When last reviewed, I mentioned some changes to my A-H100 to make it more concours acceptable. Upon examining the engine bay, the two fixings that hold the valve cover in place were painted dk. blue engine color, rather than the gold color of the valve cover. So, I removed the bolts (British-set pins) to paint them the proper gold color. Upon removing the valve cover itself I discovered a milky white substance coating the interior area. This usually implies water and oil mixing…ugg! Blown head gasket being the most common cause. Old Healeys are noted for that feature, and many have been replaced with $5000 aluminum heads which seem to solve the problem. Often throwing money at a car solves issues.

Not convinced that the issue was a blown head gasket on a car with barely 100 miles since a complete rebuild, I removed the head, examined the head gasket and sent the head off to a machine shop for testing. Results showed no cracked head; pressure tested-it passed, but machinist shaved .003″ off the surface to make it flat. Mind you, this was flat 7 years ago when assembled. Car never overheated.

OK, if not the head, or gasket (looked perfect) then what? Examining the flow of liquid thru this engine shows that the 8 studs securing the rocket shaft mountings to the head are threaded into the water jackets of that casting. (BMC Engineering) Is it possible that water wicked its way up these threads into the oil bathed rocker shaft? Water under pressure, if not sealed properly could migrate upward and contaminate the oil. I’ll go with that theory.  I purchased some Locktite white sealant (small tube, big price) at the local auto parts house and coated all 8 studs which foul the water jacket openings. Reassembled the rocker; replaced and CopperKoted the head gasket; assembled the head carefully torquing the nuts to 70 ft. lbs. as required, in proper tightening order. Reset the valve clearance as things have changed by shaving the head. A compression test showed 150 lbs. in all 4 cylinders. I then started the engine. Ran perfect.

Now for the acid test (ok, antifreeze test)! I added the cooling liquid back into the radiator as required and then restarted the car and ran it for a few minutes. No white liquids appeared. Two days later checked under the valve cover-again, no white liquid appeared. Its fixed?

So, I painted the two set pins gold (finished photo) and secured the valve cover…now what’s next?

Its been 7 months since we had a tech session (which covered Laycock De Normanville overdrives). Then we had word of a pandemic, then fires, smoke, political unrest…such is 2020.  So now, the completion of the tech session.
It took all this time to locate missing or perished parts, and replace wrongly used UNF hardware with BSF items that were buggered or crossthreaded. With the help of my friend Kent Lambert, in Hood River and British Tool Supply in New York, the unit is finally back together with its matching 3-speed transmission (remember the rust bucket it was), rolling smoothly, and all nuts and bolts intact and not leaking any oil. A covid miracle?
It is now time for the test. In order for the overdrive to function, it must overcome the pressure of the 8 springs which keep the clutch in direct drive position. (remember the coil bound weary springs, wrongly placed? -Kent had replacements). This is accomplished with hydraulic pressure using the 30W transmission oil compressed thru the overdrive accumulator and pump. Pressure must develop between 400-500 PSI to do this shift into overdrive. Using an adapter at the rear u-joint connection, and an electric drill running in reverse, and a special gauge attached to the overdrive valve, one can observe if the unit is functioning correctly. Results show-it is!!
So now, when the operator is ready to use overdrive, he flips the toggle switch on the dash, that energizes the solenoid on the overdrive to open the valve and allow the 400+ pounds of pressure to move the clutch disc from its rearward direct drive position; to its forward overdrive position; engaging the epicyclic sun gear on the outer rim of the annulus; and overdrive is achieved! All done with the simple flip of a switch…a modern miracle. Now if we could just develop a vaccine… 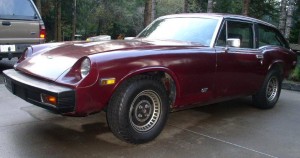 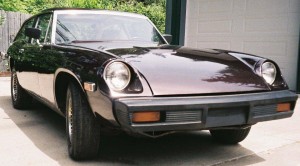 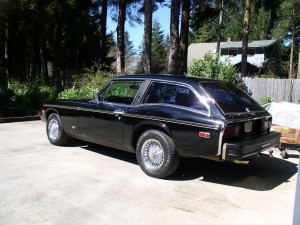 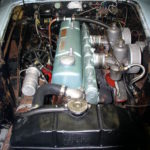 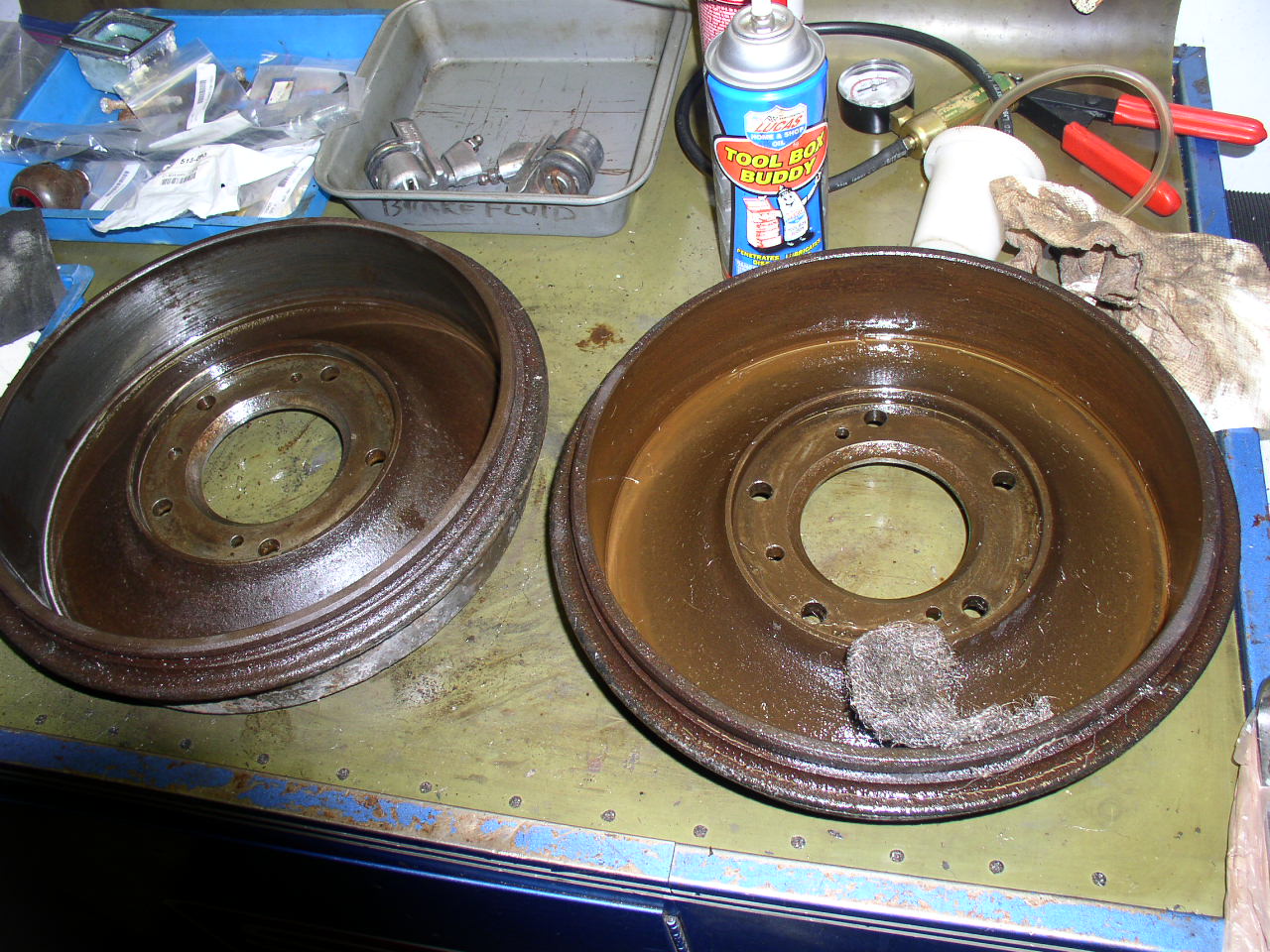 Here are your Moss Classic brake shoes and kits going on a 1957 100-6 that really needed them. Extremely rusty! I had to torch heat the cylinders and pipe fittings, then quench them in water, to free up the parts. This car has been sitting in the elements of Oregon since 1999, Moved around on dollies, it came to my garage in December. I have replaced all the shoes, rebuilt the cylinders that were acceptable and replaced front and rear worn out cylinders with classic gold new items. One of the original shoes had no lining at all! Looks like I will need a replacement handbrake cable as it is frozen tight. These cars take a beating out there in the field, don’t they? 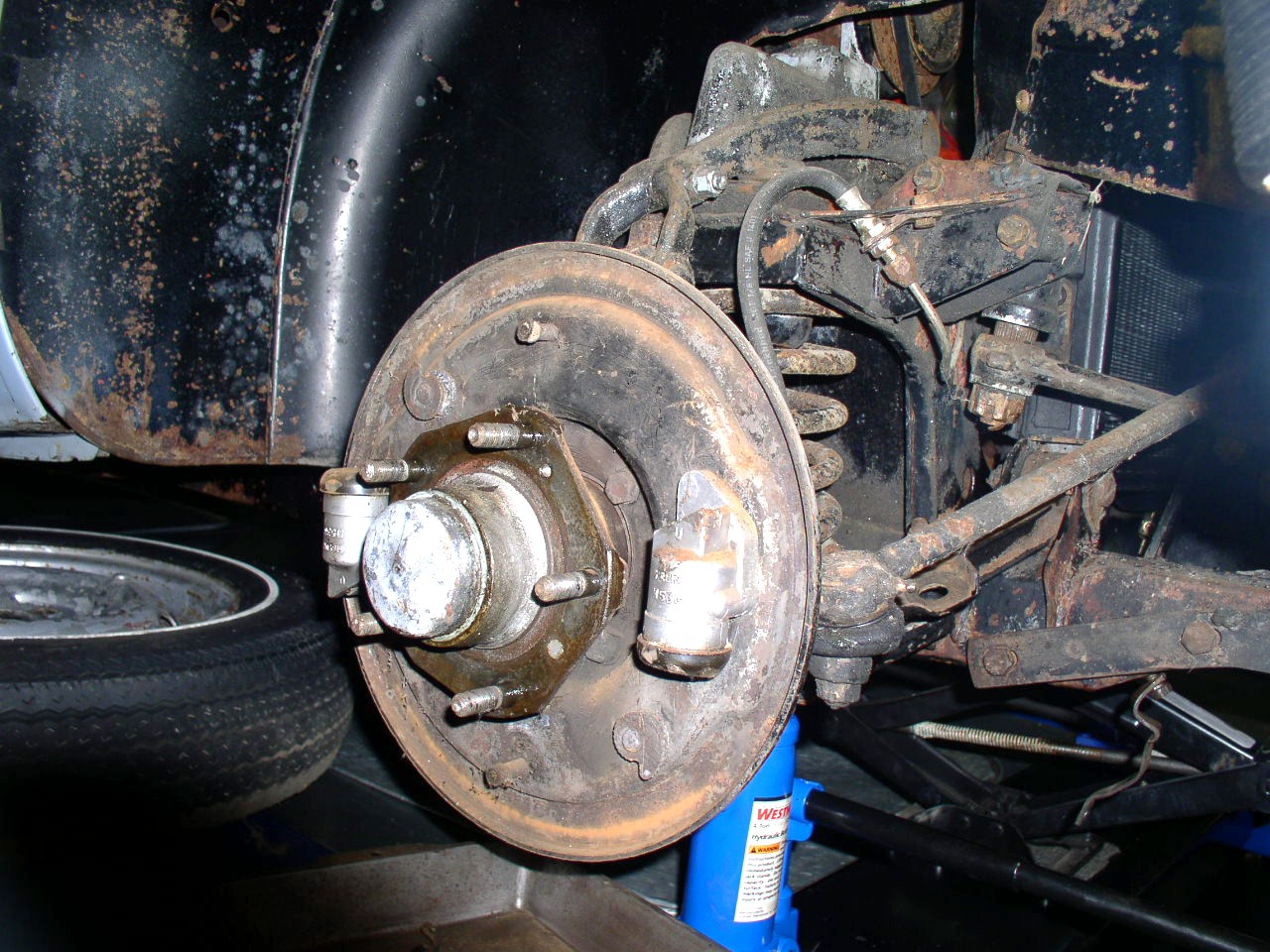 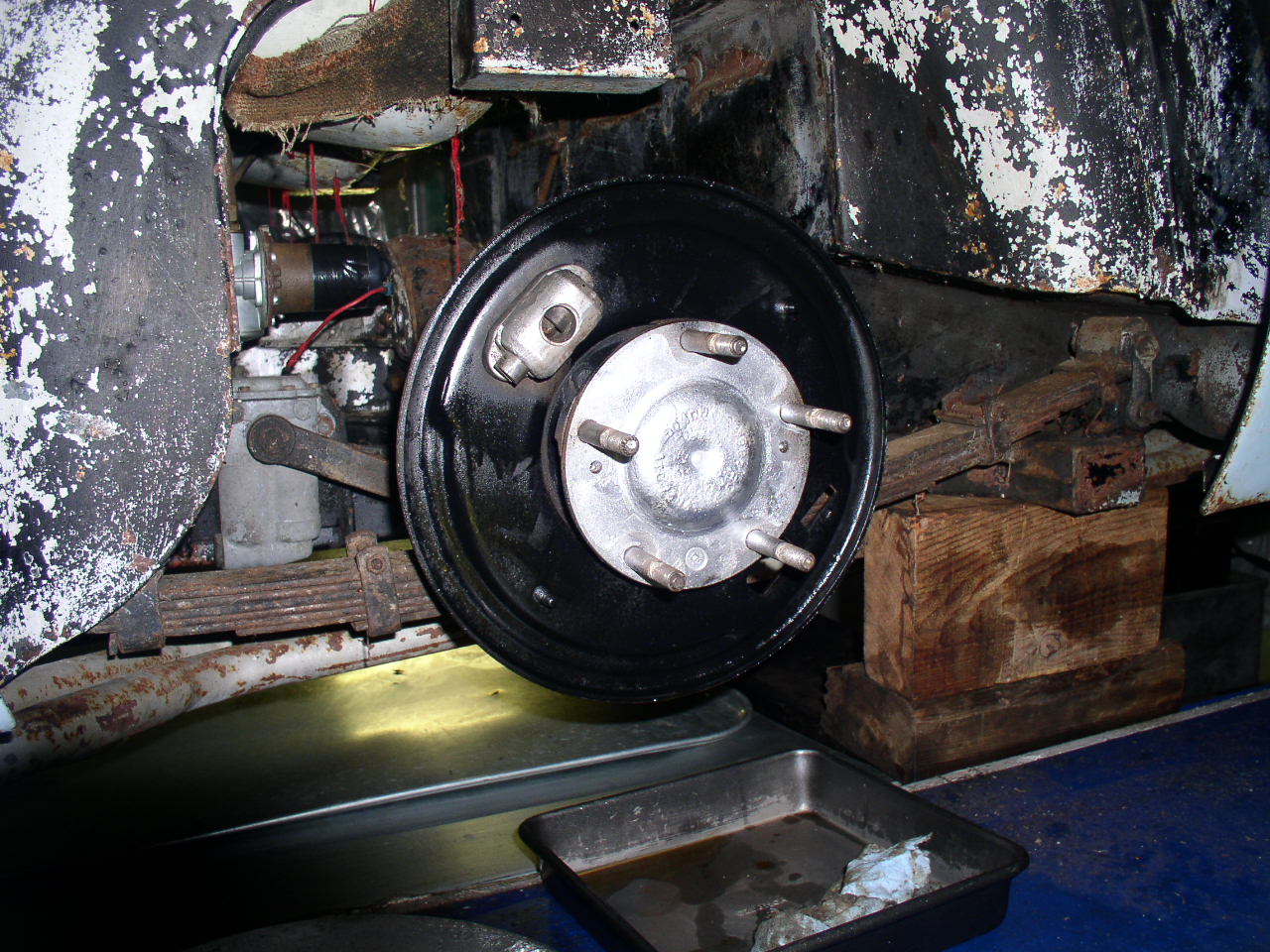 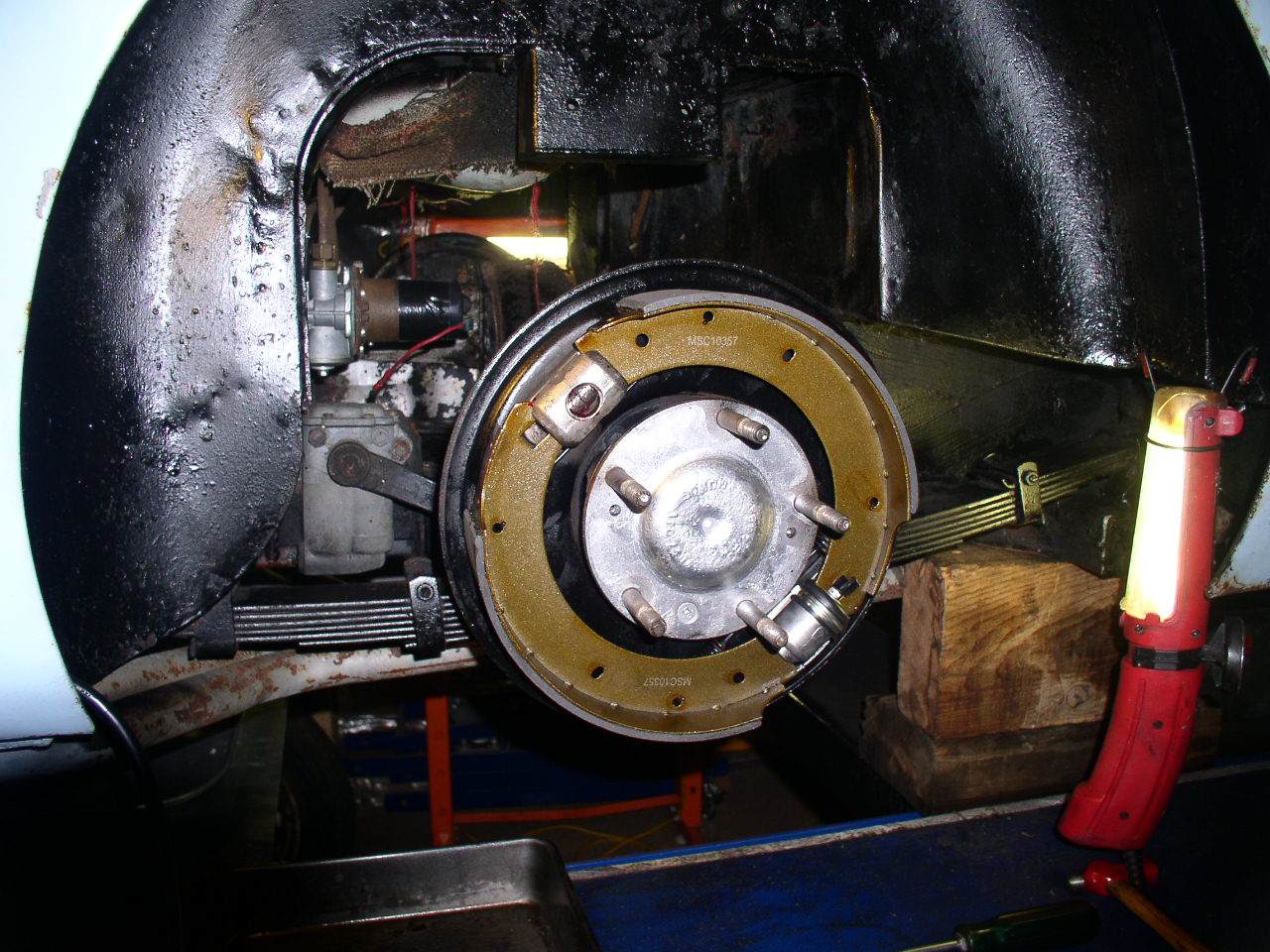 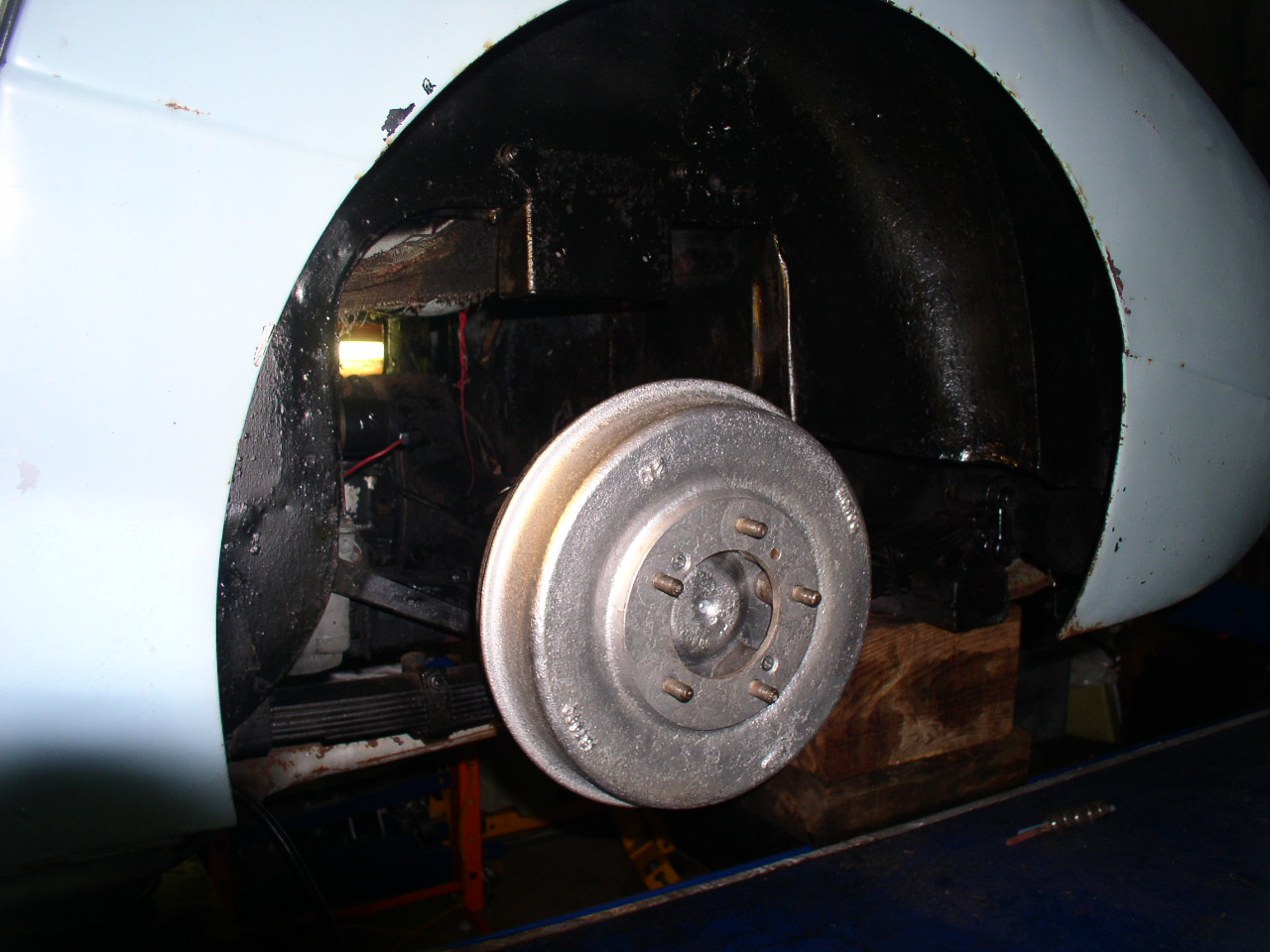